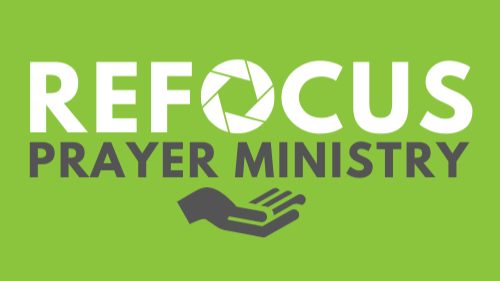 Prayer is the lifeblood of the church and a key ministry in which people serve. This workshop is for everyone, especially those serving in prayer ministries. If you want to know more about why and how we pray or how you can be involved, come along! Saturday 14 March 10am-12pm at the church

What is God doing?

When you have a child, people are interested in who in the family it looks like, who the child resembles. To be honest, I can’t really tell, babies look like babies to me. But often, even complete strangers, will come up to us and tell us who they think our babies look like. People find

Mark Purser, 01/12/2019
Part of the Love Beaconsfield series, preached at a Sunday Morning (10am) service

21And when Jesus was passed over again by ship unto the other side, much people gathered unto him: and he was nigh unto the sea. 22And, behold, there cometh one of the rulers of the synagogue, Jairus by name; and when he saw him, he fell at his feet, 23And besought him greatly, saying, My little daughter lieth at the point of death: I pray thee, come and lay thy hands on her, that she may be healed; and she shall live. 24And Jesus went with him; and much people followed him, and thronged him. 25And a certain woman, which had an issue of blood twelve years, 26And had suffered many things of many physicians, and had spent all that she had, and was nothing bettered, but rather grew worse, 27When she had heard of Jesus, came in the press behind, and touched his garment. 28For she said, If I may touch but his clothes, I shall be whole. 29And straightway the fountain of her blood was dried up; and she felt in her body that she was healed of that plague. 30And Jesus, immediately knowing in himself that virtue had gone out of him, turned him about in the press, and said, Who touched my clothes? 31And his disciples said unto him, Thou seest the multitude thronging thee, and sayest thou, Who touched me? 32And he looked round about to see her that had done this thing. 33But the woman fearing and trembling, knowing what was done in her, came and fell down before him, and told him all the truth. 34And he said unto her, Daughter, thy faith hath made thee whole; go in peace, and be whole of thy plague. (KJV)